Earlier this week it was reported that Liverpool could allow talented young goalkeeper Caoimhin Kelleher to leave Merseyside on loan next season.

With interest coming from League One side Ipswich Town, it was suggested the Reds were willing the 22-year-old Irishman to continue his development away from Anfield.

Despite the benefits, with uncertainty surrounding Adrian’s future at the club, Kelleher’s departure would’ve left Jurgen Klopp in need of a senior signing to provide support to Alisson Becker.

However, there has since been a report from the Liverpool Echo, as cited by LFC Transfer Room on Twitter, claiming that the Anfield club will not sanction the temporary departure.

Twitter: Liverpool have no intention of sending Caoimhin Kelleher out on loan as the young goalkeeper celebrated another lan… https://t.co/rYT99OPvfD (@LFCTransferRoom)

It has been an eventful week for the Irish stopper after the starlet made a debut for the Republic of Ireland – playing 45 minutes and keeping a clean sheet against Hungary.

Kelleher enjoyed a breakthrough season for the Reds in 2020/21, deputising superbly on occasion whilst picking up first starts in both the Premier League and UEFA Champions League.

Overall, the Cork-born ace made 11 appearances in all competitions – earning an average Sofascore rating of 7.20 in the league.

Allowing Kelleher to leave the club would be a huge gamble this summer.

Having usurped Adrian in the pecking order, Klopp will surely look to call upon the Irish youngster if required and in domestic cup competition – thus aiding his development.

Who Should Be Liverpool Number Two? 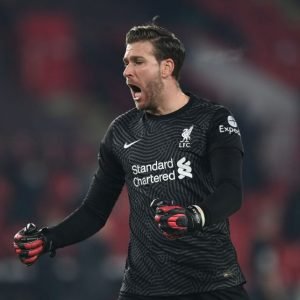 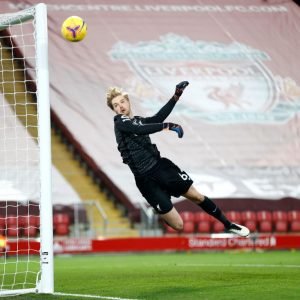