The 24-year-old surprise hero from the 2020/21 season is believed to be on the radar of both Burnley and Newcastle United.

Phillips emerged from the depths of the Anfield squad as a defensive injury crisis took hold – proving to be an impressive figure at the back.

Despite seemingly securing a place in Jurgen Klopp’s plans, there remains the possibility of a summer move should reasonable offers be forthcoming.

According to a report from the Daily Mail, as cited by Liverpool FC News on Twitter, concrete interest may be just around the corner.

Twitter: Nat Phillips is being linked with a Premier League move

Hailed as ‘unbelievable’ by Jamie Redknapp during an impressive 2020/21 campaign, the Bolton-born ace earned an average Sofascore rating of 7.19 in 17 Premier League outings.

With those trio set to return, the signing of Ibrahima Konate confirmed and Ben Davies signed in January, game time could be hard to come by at Anfield for the Englishman.

As Jurgen Klopp looks to bolster his own squad, sales will be needed in order to fund incomings.

What Would You Accept For Nat Phillips? 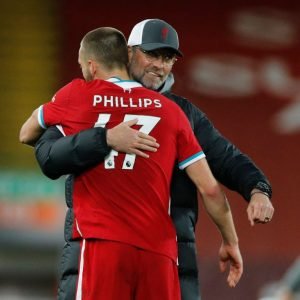 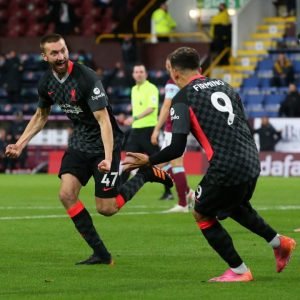