Liverpool winger Xherdan Shaqiri has said any decision over his club future will come after the ongoing Euro 2020 tournament.

Currently away with Switzerland preparing for an all-important clash with Italy in Rome, the 29-year-old has been discussing the possibilities of a summer transfer.

Despite enjoying a relatively positive season fitness-wise, the diminutive forward struggled to hold down a spot in Jurgen Klopp’s plan in 2020/21 – leading to speculation a move away from Anfield could be in the offing.

Shaqiri was coy when asked, as per the Mirror and as cited by Anfield Effect on Twitter.

At the moment, I don’t really want to talk about it [his future]. I have a contract there and after the Euros, of course, I will talk to my agent. We will look at the situation and then we will decide how to proceed.

Twitter: Xherdan Shaqiri claims he will make a decision on his Liverpool future after Euro 2020.

The 91-cap Swiss star made 22 appearances across all completions for the Reds last term, scoring once and registering four assists.

Signed for £13million from Stoke City (BBC) following relegation, Liverpool transfer chief Michael Edwards will be confident of recouping that fee at least this summer.

Valued at £10.8million and under contract at Anfield until 2023 (Transfermarkt), Shaqiri remains a valuable asset on the books.

In terms of his future, it seems almost certain that it would lie away from Merseyside as Jurgen Klopp looks to raise funds for his own summer targets. 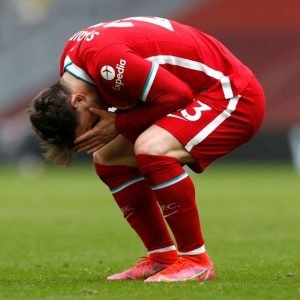 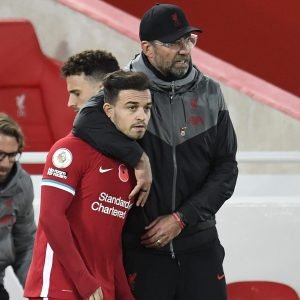