The Borussia Monchengladbach midfielder is currently away on international duty with Germany at the European Championships, making the immediacy of a deal unlikely.

However, Plettenberg, the man who initially reported the Reds’ admiration, has confirmed on Twitter that the interest remains from both parties in making the transfer a reality.

Twitter: Update #Neuhaus (due to many inquiries): #LFC is definitely a highly interesting option for the player. A concrete… https://t.co/Ox9BWUr6OV (@Plettigoal)

According to another reputable journalist, Christian Falk, the 24-year-old is believed to be keen on making the switch to Anfield this summer.

Due to the expiration of a release clause in Neuhaus’ contract, Liverpool and Monchengladbach would have to agree on a fee before the player and club could move forwards.

Described as having ‘everything’ by manager Marco Rose, the six-times capped German, scored eight and assisted eight other goals in 45 appearances in 2020/21.

Signing a central option to replace the significant void left by Gini Wijnaldum is a crucial element of the Liverpool transfer window.

Given the numerous candidates linked with the role, any decision won’t be an impromptu one as Michael Edwards and Klopp weigh up their options.

Albeit positionally a replacement, Neuhaus certainly performs a different role to Wijnaldum at club level, given greater freedom to venture into attacking areas – perhaps a nod towards a change in tact from Klopp.

Valued at £31.5million and under contract until 2024 at Borussia Park (Transfermarkt), any deal could cost in the region of £40million. 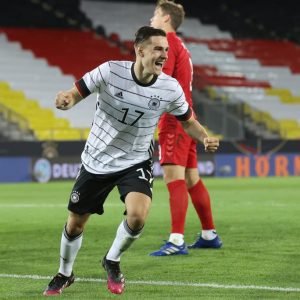 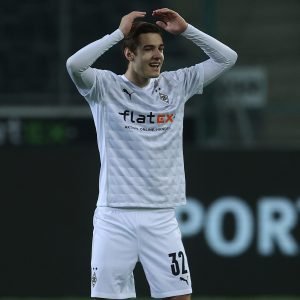