Liverpool are believed to be ‘keeping a close eye on Sassuolo winger Domenico Berardi ahead of a possible summer swoop.

The 26-year-old winger is currently away as part of the Italy squad taking the European Championships by storm.

Displays in the opening two matches and during the recently completed domestic campaign have alerted the Reds to Beradi – who could be in action once again this evening when Wales head to Rome for the final group match.

Jurgen Klopp is expected to bolster the attacking options at Anfield this summer and according to a report from Gazzetta dello Sport, as cited by The Anfield Buzz on Twitter, Beradi could be an option.

| Liverpool are keeping a close eye on Domenico Berardi and could soon make an opening bid to sign the Italian wi… https://t.co/JbtnOT3wuP (@TheAnfieldBuzz)

The report suggests the 13-cap Italian could be a long-term replacement for Mohamed Salah, albeit the Reds face competition from Premier League rivals Tottenham and Leicester for the signing.

Beradi has already notched one assist in the Euros, continuing on from a fine 2020/21 campaign – scoring 17 times and contributing eight assists in 30 Serie A outings.

Signing a Salah replacement is far from a necessity as things stand, however, a high-quality understudy to offer the Egyptian more rest and the potential to move central would be a bonus.

Valued at £31.5million and under contract until 2024 (Transfermarkt), Sassuolo are understood to have put a reasonable £43million demand on the wingers head.

Although predominantly a right-winger, Beradi is capable of playing across numerous positions – something that would be hugely beneficial to Klopp.

Having previously admitted Liverpool would be his choice of switch, should interest become concrete there seems a real possibility the Italian could be at Anfield next season. 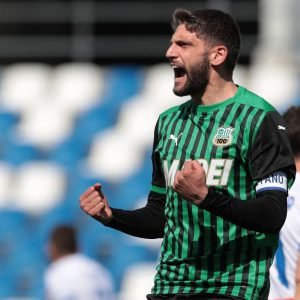 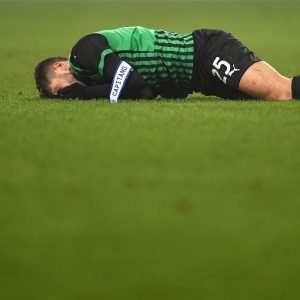