Borussia Monchengladbach midfielder Florian Neuhaus has been billed as a ‘more realistic target’ for Liverpool this summer.

The Reds are expected by many to enter the market for an additional midfielder after Gini Wijnaldum left the club for Paris Saint-Germain as a free agent.

Numerous names have since been linked with a switch to Anfield, including Leicester City star Youri Tielemans and Brighton & Hove Albion man Yves Bissouma.

However, a fresh report from James Pearce for The Athletic, as cited by Anfield Effect on Twitter, has claimed Neuhaus to be the most likely arrival.

Twitter: Anfield sources insist #LFC aren’t in the market for a midfielder.

The smart money suggests that stance will chan… https://t.co/xjuYKbeHQ4 (@AnfieldEffect)

The report also states that currently, the club isn’t desperate to sign midfield reinforcements, although that may change after Euro 2020.

Despite contrasting reports emanating from Germany, the 24-year-old seemingly remains high on the list of possible Jurgen Klopp squad members for next season.

In 2020/21, the six-times capped senior international scored eight times and assisted eight others in 45 appearances across all competitions.

Signing a midfielder has to be on the list of priorities for Klopp this summer.

Albeit caveated by the return of Jordan Henderson and Fabinho to more consistent midfield roles having filled in defensively, Wijnaldum was an ever-present figure in the side.

The Dutchman’s epic 51 appearance campaign simply can’t be filled by more game time for the likes of Alex Oxlade-Chamberlain, Naby Keita and Curtis Jones – as has been suggested.

Valued at £31.5million and under contract until 2024 (Transfermarkt), whilst any move for Neuhaus may prove to be an expensive one, it’s a necessary one. 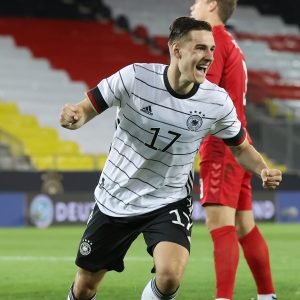 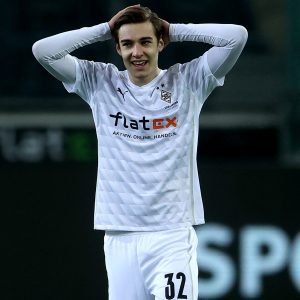