The 21-year-old has been impressing during Euro 2020 and could be on course for a quarter-final meeting with England after a breakthrough season at Real Sociedad.

Interest has now been forthcoming from the Reds, Arsenal and Chelsea amid speculation the young frontman could be ready to make the next step.

During an impromptu Twitter Q&A, Inter Milan and Belgium star Lukaku, who has three goals in the European Championships, had a five-word response when asked about the towering Swede.

Capped on 25 occasions by Sweden, Isak has a reported €70million (£60.2million) release clause.

Despite his fledgeling years, the frontman has become a mainstay for Sociedad and bagged 17 La Liga goals in 34 appearances last term.

Hailed as an ‘exceptional talent’ by Gary Lineker following a 1-0 victory over Slovakia, there has certainly been a surge in intrigue this summer.

Signing additional forward options has been billed by many as a must during this transfer window.

Valued at £36million and under contract until 2024 at the San Sebastien based club (Transfermarkt), Liverpool may be forced to shell out the mooted release clause to make this deal a reality.

Predominantly operating as a central striker, Isak would be viewed as a long-term Roberto Firmino replacement as well as providing immediate competition to the Brazilian.

Whether or not the Reds do make a move remains to be seen, however, as Lukaku says, there certainly seems to be a burgeoning talent on the rise. 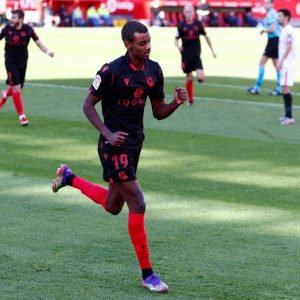 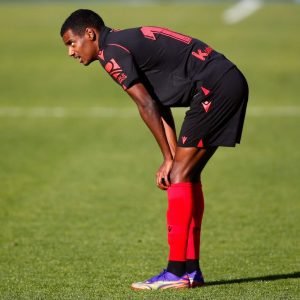