Liverpool full-back Trent Alexander-Arnold cut a dejected figure after a thigh injury ruled him out of England duty for the ongoing Euro 2020 competition.

The 22-year-old had earned a place in Gareth Southgate’s squad before cruelly picking up the muscle problem in a friendly at Wembley.

Originally ruled out of action for between four and six weeks, the Scouser appears to be making good progress towards a return in an image posted on social media.

Jurgen Klopp’s side are returning to pre-season on July 12, a date Alexander-Arnold may well be working towards.

There was yet more positive news for the German manager this week as Mohamed Salah was refused permission to participate in the Summer Olympics in Tokyo.

The same decision is expected to be made over new signing Ibrahima Konate, whilst Takumi Minamino was omitted from the Japan squad for the tournament.

Albeit picking up an injury is never ideal, many associated with Liverpool will be thankful Alexander-Arnold was ruled out when he was and not later on in the summer break.

All told many international Reds are getting a richly deserved break from the action, with Diogo Jota perhaps the heaviest worked thus far.

Captain Jordan Henderson has only recently returned to the fold for England and both Thiago and Roberto Firmino have been scarcely used by their respective nations.

Klopp will be hopeful all his star names return to Kirkby with a clean bill of health, fit and raring to go. 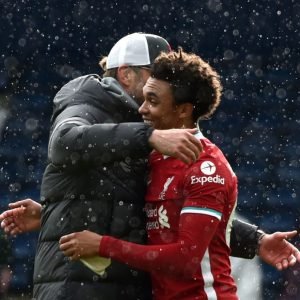 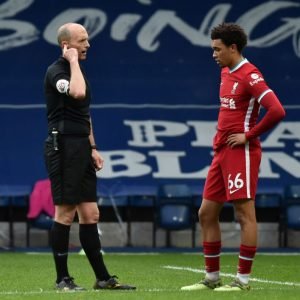