The 21-year-old has enjoyed a meteoric rise to prominence in the last 12 months and was impressive as Sweden held Spain in the Euro 2020 group stages.

On a frustrating night for Thiago and his Spanish compatriots, the young frontman put on a stellar display – catching the attention of many.

Now, according to a report from Noticias de Gipuzkoa, as cited by Liverpool FC News on Twitter, Reds’ manager Jurgen Klopp has taken note of the Swede.

As Klopp looks to bolster the Anfield squad for another charge towards major honours next season, the report claims Isak is being considered as an option ‘in the not too distant future’.

Already capped on 23 occasions at senior level by Sweden, the man described as a ‘nuisance’ by Rio Ferdinand, is believed to have a £60million release clause in his current contract.

Signing Isak this summer would be a huge statement transfer from the Reds.

Valued at £36million and under contract at the Reale Arena until 2024 (Transfermarkt), the aforementioned release clause may be the most realistic option.

Formerly of Borussia Dortmund, Isak has already gained a wealth of experience in a fledgeling career and could be set to take the next step to another of Europe’s elite this summer. 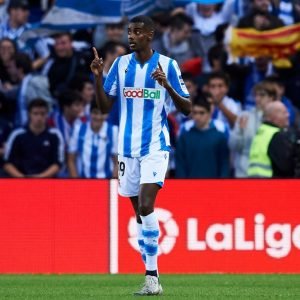 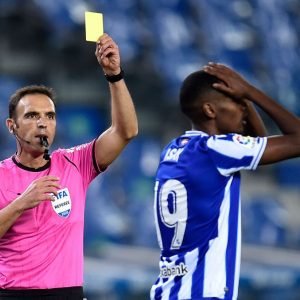