Liverpool midfielder and resident social media funnyman James Milner has been up to his old tricks once again this week in Austria.

The 35-year-old is currently either enjoying a 20th pre-season as a professional footballer as the Reds prepare for the 2021/22 campaign.

During a keep-ball session, Milner received a pass from Naby Keita before being pressed sharply by Takumi Minamino and Billy Koumetio.

However, the Yorkshire-born ace can be seen on Inside Training (2.40 via LFCTV) rolling back the years to nutmeg the Japanese international before bypassing Koumetio.

Milner wasn’t content with embarrassing one teammate on Monday however as the 61-cap former England man turned his attention to Andy Robertson later in the day.

Capturing the Scot alongside new signing Ibrahima Konate, the Reds’ stalwart suggested that the pair were in fact wearing the same sized attire despite the glaring disparity.

What a man, what a machine.

Not only does Milner continue to show the way on the training pitch, but also when it comes to team morale away from the field.

Although this season may prove to be the last we see of ‘Boring James Milner’ from a Liverpool perspective, the man will forever be regarded as a club legend and Kopites should embrace every moment remaining.

Perhaps more importantly from all of this – Konate is a beast. 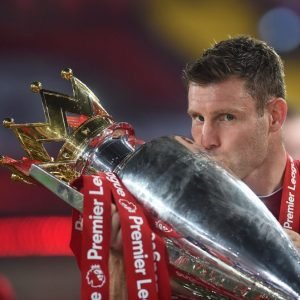 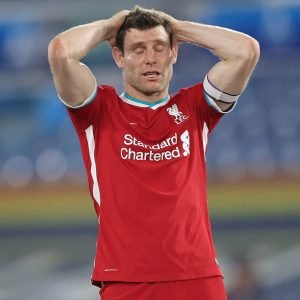