Liverpool have reportedly rejected an approach from Napoli to sign Kostas Tsimikas on loan this summer.

The 25-year-old endured a difficult start to life on Merseyside following an £11.75million switch from Olympiakos last summer (Sky Sports).

Arriving to act as cover for Andy Robertson, injuries to Tsimikas and elsewhere in the defence meant the Greek international only managed seven appearances for the Reds.

According to Rai journalist Ciro Venerato (via AreaNapoli), as cited by LFC Transfer Room on Twitter, Liverpool remain unwilling to sanction a temporary departure.

· Napoli contacted Liverpool regarding Kostas Tsimikas. The Italian side asked to loan him but he’ll only depart L… https://t.co/K6duzK3iwn (@LFCTransferRoom)

Tsimikas enjoyed a stellar performance during the international break back in  March as Greece faced Spain in a 2022 World Cup qualifier – underlining the ability the left-back possesses.

Capped on nine occasions at senior level by the nation, the ace has also amassed over 100 club appearances during a promising start to a career.

Given the strenuous workload imparted on Robertson last season and during the summer with Scotland, allowing Tsimikas to leave on any terms would be a major oversight.

Chances may have been few and far between in 2020/21, but having impressed in pre-season, another full campaign ahead and domestic cup action on the horizon, Jurgen Klopp will want options in every position.

Valued at £7.2million and under contract at Anfield until 2025 (Transfermarkt), the Greek defender will remain hopeful of a long and fruitful spell on Merseyside. 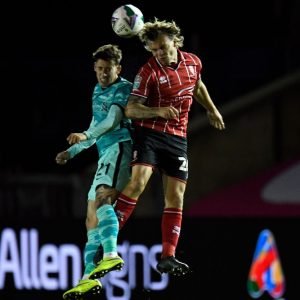 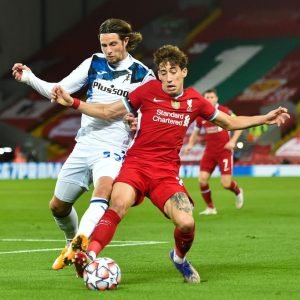