Liverpool could be handed a mid-season boost in pursuit of AC Milan midfielder Franck Kessie.

The Reds have been extensively linked with the Ivorian ace throughout the summer and could be preparing a strike as contract negotiations in Italy stall.

Kessie was seemingly close to signing a new deal at the San Siro before talks hit the rocks recently.

Speaking on the Behind Enemy Lines podcast from Blood Red, as cited by Liverpool FC News on Twitter, Get Italian Football News editor Kaus Pandey has claimed a January move could be on the cards.

There is speculation that if Milan don’t find an agreement, they could sell him in January so that they don’t have a repeat of Gigi Donnarumma or Hakan Calhanoglu [who they lost this summer for nothing] and they might take £10m or whatever in the next transfer window. It is also reported that Kessie’s agent is being a little cheeky with the negotiations – that initially the wage demands were around €2-3m and when Milan accepted that, he increased the demands to €5-6m, and when they agreed that, they increased the demands again. It is still up in the air but as things stand, it looks as if Milan might be happy to sell him in January if they can’t get him to sign a new deal.

Twitter: “If Liverpool can get him either for free next summer or for £10-15m in January then it would be a brilliant move.”… https://t.co/xqOTPoy0ZA (@LivEchoLFC)

The 44 times capped ace is in line to feature at Anfield when the Reds face AC Milan in the UEFA Champions League opener.

So far this season the versatile midfielder has made just one appearance having recovered from a muscle problem.

Valued at £49.5million (Transfermarkt), signing Kessie for anything close to the mooted £10-15million fee would be an extraordinary piece of business.

Following the departure of Gini Wijnaldum and subsequent injury to Harvey Elliott, Jurgen Klopp does look rather bereft of midfield options.

Signing the 24-year-old Ivorian in January would be a welcome boost to the ranks as both the Premier League and Champions League reach their pivotal stages. 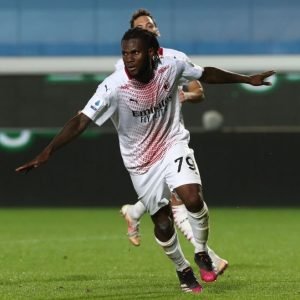 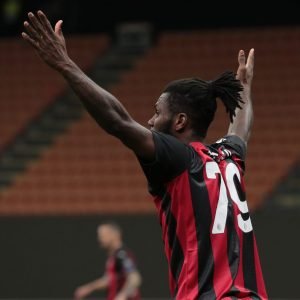