This comes after reports linked the Reds with a January attempt to sign the 19-year-old as Jurgen Klopp looks to bolster the squad.

Adeyemi was in impressive form on Tuesday night as the Austrian Bundesliga side held Sevilla to a 1-1 draw on the opening night of the UEFA Champions League.

Whilst the teenage sensation was performing on the biggest stage, Kopites were allowing themselves to get excited on Twitter.

Adeyemi played 80 minutes for Salzburg, winning a remarkable three penalties – albeit missing one – whilst generally being a nuisance to the opposition defenders and earning a 7.20 Sofascore rating.

This season the once capped German ace has scored seven and assisted two in 11 appearances across all competitions.

Valued at £18million and under contract until 2024 (Transfermarkt), it’s likely the Reds will have to far exceed the £7.5million paid to land Takumi Minamino from Austria.

That’s not to say it’s not possible, and given the level of performance on show in Seville, Klopp may already have seen enough to be convinced.

As the squad is stretched to its limits in January and beyond, an additional attacking option in mid-season could be just the tonic.

Capable of playing across the frontline, Adeyemi is looking more and more suited to the Reds with each passing moment. 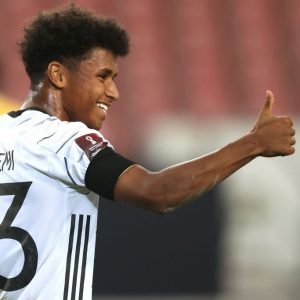 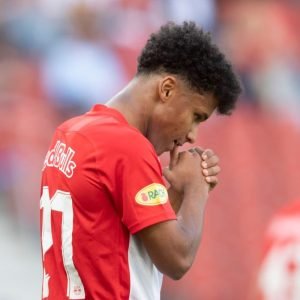