The 30-year-old was absent for nearly 10 months due to a serious knee injury suffered last season but has slotted immediately back into Jurgen Klopp’s side.

Speaking on Saturday Night Football on Sky Sports (25/09/21 at 5:15 pm). ahead of a thrilling 3-3 draw against newly-promoted Brentford, Redknapp was full of admiration for the Dutchman.

It’s hard to put it into words. When a player comes back from injury, you don’t know how a player is going to react and hit their peak form. He has done it straight away. I am also loving those passes. The number of times he is hitting those long-racking passes out to the right-back or left-back. He is just bang in form and it’s a joy to watch him. I can’t think of many players in Premier League history that have single-handedly made the difference as he does. He gives me hope that Liverpool can win the league, without him they can’t – he gives everyone an air of confidence all around him and he is an incredible footballer.

Van Dijk was a busy man as the Reds conceded three times having only conceded once in the league prior to the eventful clash.

Goals from Diogo Jota, Mohamed Salah and Curtis Jones earned Klopp’s men a hard-fought point and kept Liverpool at the top of the table.

After the match, Van Dijk himself called for ‘perspective’ from the result.

This rather frantic all-around performance aside, there is a tangible difference in the defence with their ‘Rolls Royce’ defender back in situ.

Despite the concession of three goals, Van Dijk still managed to earn an impressive 7.00 Sofascore rating – underlining a strong individual display amidst the chaos.

With the towering Dutch ace back and Salah scoring goals for fun, the sky remains the limit this season. 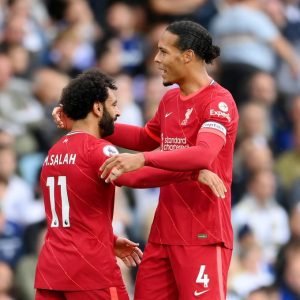 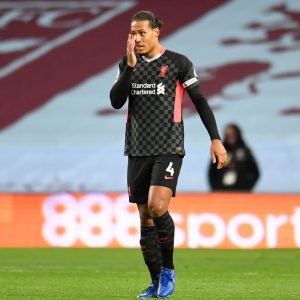