Liverpool remained top of the Premier League over the weekend’s action so far following an enthralling encounter against Brentford.

The Reds remained unbeaten this season with a 3-3 draw at the Brentford Community Stadium despite taking the lead on two occasions in London.

Jurgen Klopp‘s side will now welcome champions Manchester City to Anfield next Sunday after a UEFA Champions League trip to face FC Porto.

Putting the positive start to one side, former Manchester United defender Gary Neville has once again claimed that all is not right on Merseyside.

Speaking on his podcast, the 46-year-old claimed that Klopp’s men aren’t quite at their usual standard.

I made a statement two or three weeks ago, and enough Liverpool fans on social media have thrown it back at me in the last couple of weeks since they had a few good results. I don’t think Liverpool are just right. That means they are still excellent, one of the best four teams, three teams in Europe, but they are just not right. I have seen them achieve a standard that is out of the world.

Liverpool could slip to second in the table should Brighton & Hove Albion beat Crystal Palace in the final fixture of the weekend.

After the events at Brentford, it’s hard to suggest that the Reds truly are indeed firing on all cylinders.

However, it could be argued whether any of the top teams are just yet.

Chelsea were defeated at home this weekend, whilst Manchester City have already dropped points to Tottenham and Southampton.

Meanwhile, Neville’s own beloved side were defeated at home by Aston Villa – suggesting all isn’t quite right there either.

Klopp will know better than anyone just where his charges are at right now and be hoping to bring everything together as the season wears on. 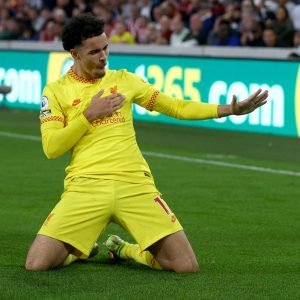 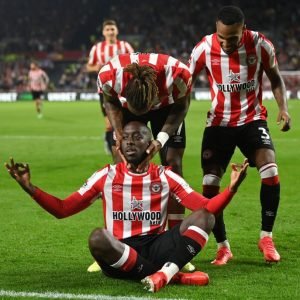