Former Liverpool midfielder has credited Virgil van Dijk with having a positive impact on Mohamed Salah in the early weeks of the new season.

Van Dijk has made a strong personal return to Jurgen Klopp’s side and already looks to be reaching a previous world-class level.

The 29-year-old winger has been in sublime touch this term and already has eight goals from eight appearances in all competitions.

Speaking to Sky Sports, Redknapp pinned much of the Egyptian’s stellar form on the presence of the Dutch centre-back.

Salah’s all-round game right now is phenomenal. His work rate, his desire, his goals, his assists. I haven’t seen him in better form. He’s confident, strong and he’s got the bit between his teeth. He’s enjoying having the likes of Virgil van Dijk back and knowing he’s playing in a team that can win the title again. As I say, he’s in the form of his life right now.

So far this season the flying forward has earned a 7.52 average Sofascore rating from six Premier League appearances.

Whilst it’s near impossible for Van Dijk to have a direct impact on Salah in a positional sense, in terms of the confidence the ‘Rolls Royce’ defender can exude throughout the squad there is no telling of the benefits.

Salah certainly seems to have profited from having a first-choice starting lineup around him and the Egyptian seems more determined than ever to succeed at Anfield.

Albeit without Harvey Elliott, Thiago and Trent Alexander-Arnold for the visit of Manchester City on Sunday (October 3), Kopites will hope the link-up between Salah and Van Dijk can help Klopp’s side to what would be a statement victory.

Who Is More Important To Liverpool? 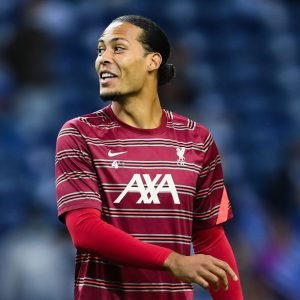 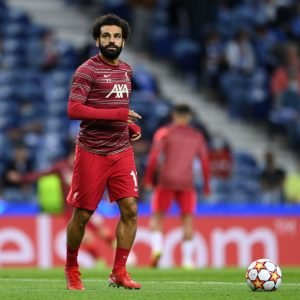