Liverpool have been named as one of multiple clubs interested in signing Barcelona forward Ousmane Dembele next summer.

The Reds will face major competition from Premier League rivals Chelsea and Manchester City for the Frenchman.

However, the Anfield club are believed to preparing an offer to sign Dembele – who is available on a free transfer from June 2022.

That’s according to a report from TEAMtalk, as cited by Anfield Edition on Twitter claiming clubs have already made contact regarding the 24-year-old.

The report claims that the ‘ball is very much’ in the 27-cap ace’s court as Bayern Munich and Juventus join Liverpool in the ‘running’ to complete the sensational free transfer.

Signed in a staggering deal that could rise to £135.5million from Borussia Dortmund (BBC), Dembele has struggled to fulfil maximum potential at the Catalan club.

Injuries have played a huge hand in the Frenchman’s issues and the winger is yet to play this season due to a hamstring problem.

Given the treacherous financial situation at the Camp Nou, Barcelona are unlikely to rush to extend the star’s contract and a free transfer seems almost inevitable.

Despite the injury woes, signing a player of Dembele’s calibre for free remains a no-brainer despite the likely lofty wage demands.

Predominantly a wideman, Dembele can operate centrally and would be a huge coup if any club could keep the man compared to ‘Zidane, Pele and Cruyff’ fit.

Valued at £45million (Transfermarkt), Liverpool should be all over this deal if assurances over fitness can be found. 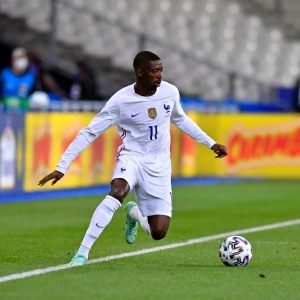 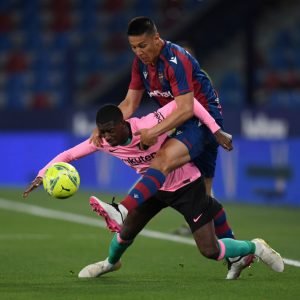