The 21-year-old contract rebel looks certain to move on from the Serie A club in the near future having rejected new deals to remain in Florence.

The subject of widespread interest from Manchester United, Tottenham, Manchester City and Atlético Madrid, the Reds are unlikely to get a free run at the Serbian ace.

However, according to a report from Italian newspaper Corriere dello Sport, as cited by LFC Transfer Room on Twitter, Liverpool are among the contenders to sign Vlahovic.

The report claims that Jurgen Klopp’s side ‘absolutely need’ a player in the mould of the 10-cap star.

On the back of an outstanding 21 goal Serie A campaign last season, Vlahovic has scored four times and provide one assist in seven league outings this term – earning a 7.03 average Sofascore rating in the process.

Signing a recognised striker would certainly be a throwaway from the current modus operandi at Anfield.

Predominantly Klopp utilises either Roberto Firmino as a false nine or Diogo Jota as a central figure, neither of whom could proclaim to be archetypal centre-forwards.

By contrast, the 6’2 Serbian ace is an out and out central striker, possessing strong aerial and finishing ability.

Often operating between two flying wingers at Fiorentina, Vlahovic would be an easy fit in this Liverpool side and should be under serious consideration as the team evolves.

Valued at £36million and under contract until 2023 in Florence (Transfermarkt), the board must be exciting about the prospect of landing a potential superstar for a bargain fee. 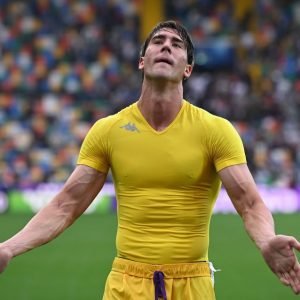 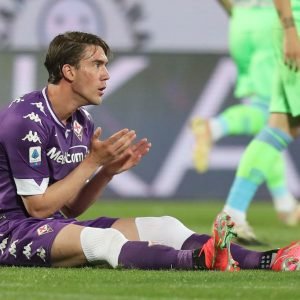