Liverpool have reportedly received contact from the agent of Barcelona winger Ousmane Dembele.

The Reds have recently been heavily linked with the 24-year-old and could even be preparing an offer to sign the ace on a free transfer next summer.

Jurgen Klopp is said to be ‘in love’ with the Frenchman and could land Dembele in an attempt to freshen up the attacking ranks at Anfield.

According to a report from Spanish outlet Cuatro, Barcelona are concerned that the player’s agent has been in contact with Liverpool and Manchester United ‘behind the club’s back’ to discuss a transfer.

The report claims that agent, Moussa Sissoko, has also been in touch with Juventus and Paris Saint Germain to tout the 27 times capped ace’s signature.

Signed for an eye-watering £135.5million (BBC), Dembele is believed to have agreed to a new deal to stay at the Camp Nou in principle – although nothing has yet been signed.

Yet to feature this season, the World Cup winner has scored 18 times and provided 14 assists in 81 appearances for the Catalan club.

Still valued at £45million (Transfermarkt), the opportunity to sign such a high-quality player for free cannot go unnoticed.

However, Liverpool are highly unlikely to enter into negotiations way beyond their means on wages for a player with a chequered injury record.

Whilst it’s impossible to rule out the Frenchman arriving at Anfield next summer, other targets may prove to be more sensible options. 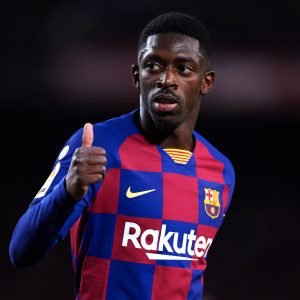 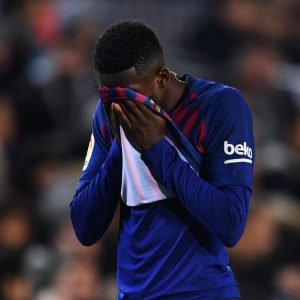