The 25-year-old is often linked with a move to the Reds and Jurgen Klopp is a known admirer of the Spaniard’s abilities.

Possessing natural pace and power, Traore is a handful for defenders and would provide a frightening alternative to Mohamed Salah, Sadio Mane and Diogo Jota.

Speaking to Football Insider, Whelan suggested that the former Barcelona youngster has a strong enough all-around game to slot straight in at Anfield.

He’s a player who can be crucial to winning football matches. His pace, his aggression, his direct running – and now his end product, which he’s brushed up after his early days in the Premier League. He’s a more complete player now, he can get a cross into the box or a shot off on goal. If you think about it, would he fit into Liverpool’s style of play? Absolutely. He can be just as destructive as Salah and Mane in that side.

So far this season the eight-times capped Spain ace has failed to directly contribute to a goal in nine appearances across all competitions.

Despite an improvement in end product, it would appear there remains issues extracting the best from the Spaniard at Molineux.

Under the stewardship of Klopp, Mane, Salah and Jota have all improved their finishing ability – suggesting Traore could do similar.

Undoubtedly blessed with extraordinary attributes, having a player such as Traore in any squad is a worthwhile weapon to have.

Valued at £27million and in the final two years of a deal in Wolverhampton (Transfermarkt), the Reds could land themselves a relative bargain in the upcoming transfer windows. 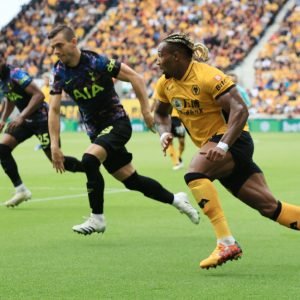 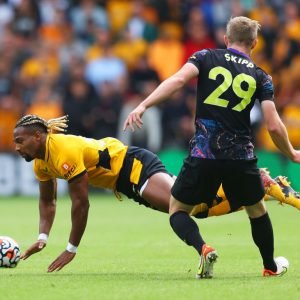