The Reds have been linked with the 19-year-old for some time and even shown the starlet and his parents around Anfield in 2018.

Having since made the switch from boyhood club Anderlecht to the French top-flight, Doku has continued to develop at a promising rate.

This week, RTL Sport journalist Alexandre Braeckman took to Twitter to discuss interest in Charles De Ketelaere before claiming that Liverpool are still keen on the teenager.

Braeckman claims that the Anfield club are ‘best placed at this stage’ before later replying to a comment to state that ‘no club has made a firm offer’ for the 10-cap ace.

Despite only producing five direct goal contributions last season, Doku – hailed as ‘magic’ – was a star performer for Belgium at the European Championships.

In recent years under Jurgen Klopp, Liverpool have shied away from signing ready-made stars and instead opted to transform those with potential – a category the Belgian falls directly into.

Clearly still a raw talent honing a glittering array of skills, Doku is by no means the end product just yet.

Valued at £23.4million and under contract in France until 2025 (Transfermarkt), next summer may be the optimum time to reignite this particular pursuit before the starlet kicks on once more. 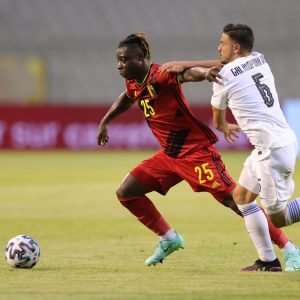 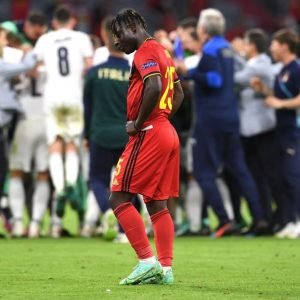