Liverpool look to have been handed a boost in their pursuit of heavily linked Leicester City midfielder Youri Tielemans.

Reds’ boss Jurgen Klopp is still expected to find a long-term replacement for Gini Wijnaldum after the Dutchman left the club in the summer.

Injuries to the likes of Curtis Jones, Harvey Elliott and Thiago in the department, coupled with the reliance on an ageing James Milner means that the German manager will likely seek a fresh face.

According to a report from Belgian outlet Voetbal24, as cited by ThinkLFCTV on Twitter, Liverpool are among six clubs hoping to sign the 24-year-old.

The report claims that Tielemans is ‘ready to take a step up next summer’ in order to play UEFA Champions League football – something the ace hasn’t done since leaving AS Monaco.

Signed by the perennial nearly men in recent years for £35million (Sky Sports), the ace with a ‘wonderful football brain’ has been superb for the Foxes.

Landing the £49.50million valued Tielemans ahead of competition from Manchester United, Chelsea, Atletico Madrid, Real Madrid and Bayern Munich would be a major coup.

Already an FA Cup final hero and an experienced international with FIFA’s world-ranked number one national side, there are no questions whether the midfielder would make the grade at Anfield.

Seemingly uncertain over his future beyond a contract until 2023, Liverpool should be at the very front of this particular queue. 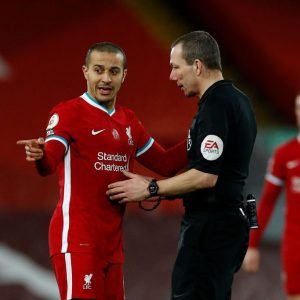 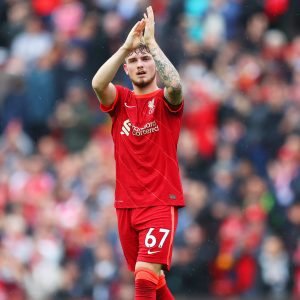