Liverpool have been heavily linked with a sensational move for Borussia Dortmund sensation Jude Bellingham.

The Reds have been tipped to make a move for the England international and reports have claimed that the Bundesliga side have placed a £101million price tag on the teenager in order to fend off any interest.

Speaking on talkSPORT (Wednesday, October 27 5:40pm), journalist Kevin Hatchard waxed lyrical about the 18-year-old and suggested a move to Anfield would be a worthwhile one even at the mooted fee.

He would be (a bargain). What you’ve got is a guy for right now. The fact he’s 18 is a complete irrelevance. You have to ask yourself ‘Could cope with top-flight games?’ Yes. He’s shone in Champions League games. He can fit in any top team, he’s adaptable, he listens, he’s become a leader already.

Hatchard went on to describe Bellingham as a ‘remarkable player’ before co-host Darren Gough hailed the eight-cap ace as a ‘superstar’.

The journalist – somewhat of a Bellingham superfan – also explained how the former Birmingham City starlet would be able to compete for a starting berth in Jurgen Klopp’s side immediately.

So far this season Bellingham has scored three times and registered six assists in 15 appearances across all competitions.

This truly was a glowing reference.

Despite a reluctance to spend big too often in the transfer market, Liverpool have previously shelled out on transformational signings – a bracket Hatchard believes the £63million valued star would fit in.

As the experienced Jordan Henderson and James Milner head towards the twilight of their Liverpool careers, landing a player of Bellingham’s ability and potential would see the Reds’ midfield in reliable hands for the next decade. 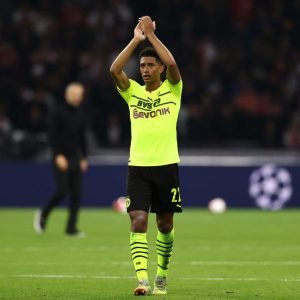 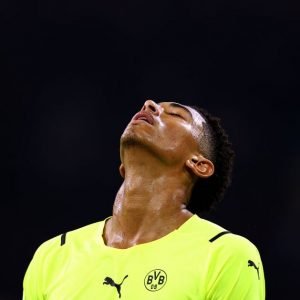