Liverpool may have been placed on red alert as Atletico Madrid superstar Joao Felix reportedly looks for a way out in the January transfer window.

The 22-year-old was indexed to the Reds in October and it would appear that the situation hasn’t yet resolved itself.

At the time the Anfield club were linked with making a loan swoop for a man signed for an eye-watering £113million from Benfica (BBC).

Now, according to Spanish outlet AS, as cited by Football Transfers on Twitter, Felix is hoping for a mid-season exit.

🚨 BREAKING: João Félix 🇵🇹 would consider leaving Atletico Madrid. His days are numbered, especially if Atletico is eliminated from UCL. His entourage is looking for a way out in January. #Atletico

The report claims that agents of the 20-cap Portugal ace are ‘studying various alternatives’ to find a route out of Madrid.

In a bizarre twist of events, Liverpool could play a hand in eliminating Atletico from UEFA Champions League Group B tonight (December 7).

So far this season Felix has scored once and provided two assists in 12 appearances across all competitions for Diego Simeone’s side.

Valued at £62million and under contract at the Wanda Metropolitano until 2026 (Transfermarkt), unsurprisingly the report suggests that Atletico would nigh on want to recoup their expenditure on the forward.

Described as a player with ‘enormous quality’ by ex-teammate Jonas, Felix would be an outstanding addition to Klopp’s squad.

Primarily operating in a similar role to Roberto Firmino, the Portuguese star can also play on either side of a central frontman.

Named the Golden Boy in 2019 and possessing an array of attacking talents, this is one generational player who would be worth breaking the bank for.

Should Liverpool Break The Bank For Sign Joao Felix? 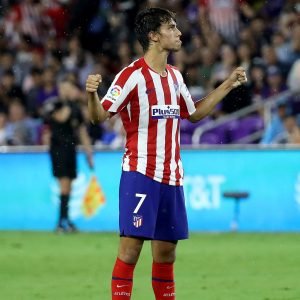 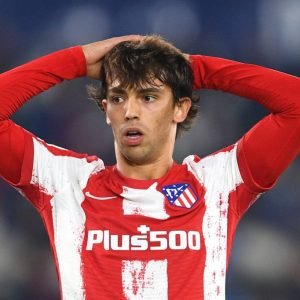