The 20-year-old has come through the youth ranks in North London and is now an established member of Mikel Arteta’s side.

Saka has earned an impressive 7.02 Sofascore rating from 19 Premier League outings this season.

Ian McGarry from The Transfer Window Podcast has claimed that the Reds have a strong chance of making the deal a reality.

Saka is someone who is someone who suits Liverpool’s style. He’s dynamic, the way he converts chances and also someone who can play in different positions as well. Liverpool would provide the opportunity and platform for him to play and compete at the highest level. And that would certainly be something that I’m told he and his representatives are very interested in.

Jurgen Klopp is considering a move for Bukayo Saka in a bid to freshen Liverpool’s attack.

The 20-year-old is “interested” in a move to Anfield. [@TransferPodcast] pic.twitter.com/giZoMNXazB

Co-host Duncan Castles claimed an attacking signing was the ‘priority’ at Anfield but any move for the 14-cap England ace would ‘more likely’ be made next summer.

So far this season the starlet once hailed as ‘electric’ by Ian Wright has scored six times and provided four assists in 21 appearances across all competitions.

Valued at £58.8million and under contract until 2024 at the Emirates Stadium (Transfermarkt), signing the London-born forward would be an expensive mission for the club.

However, with Arsenal facing an uphill battle to achieve UEFA Champions League football, the Reds could be well placed to lure Saka to Merseyside.

Capable of playing across the frontline as well as various other roles, the talented youngster has the versatility and quality to be one of the smartest possible additions to Jurgen Klopp’s squad. 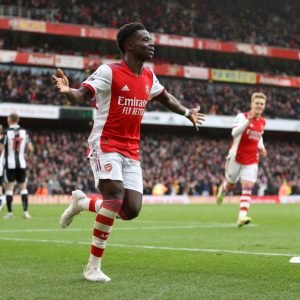 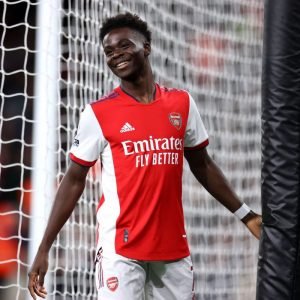