Liverpool have been tipped to pull off the major capture of Arsenal forward Bukayo Saka.

This comes after the Reds were linked with a sensational move for the 20-year-old recently.

Believed to be ‘very interested’ in the possibility of a switch to Anfield, Saka could be the man tasked to rejuvenate the forward line.

Speaking to Football Insider, former Leeds United striker Noel Whelan has suggested that the youngster could be the ideal capture for Jurgen Klopp.

Absolutely, I can see him at Liverpool. I don’t think it was that long ago that they were trying to tempt him over to Anfield when he was running out of contract at Arsenal. We have seen the development in Saka – he’s now one of the best wingers in the Premier League. The way he gets on the ball, the way he dictates a game, he’s very much a Liverpool style player.

Whelan went on to say that Arsenal would be desperate to prove they are ‘not a selling club’ and would therefore be reticent to allow their 14-cap star move to a domestic rival.

So far this season Saka has scored seven times and provided four assists in 22 appearances across all competitions.

Valued at £58.8million and under contract in London until 2024 (Transfermarkt), signing the talented winger would be an expensive pursuit for the Reds.

However, Saka’s versatility and quality make the Englishman an outstanding proposition to bolster the attacking ranks.

Perhaps were Arsenal to miss out on elite-level European competition once again, Liverpool should test the waters in the summer. 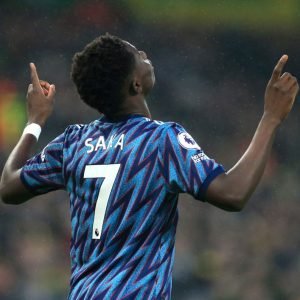 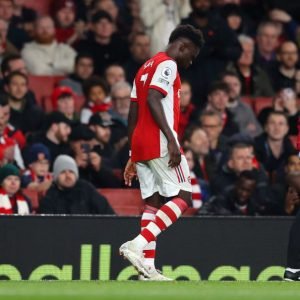