The 26 year old Belgian has been heavily linked with a move away from Anfield in recent weeks but may now remain until the end of the season.

Had a move materialised, the Reds are believed to have made plans to pursue a deal for the long-term target Bowen.

Liverpool are continuing to track West Ham star Jarrod Bowen ahead of a potential move this month.

West Ham are going to be very reluctant to sell the 25 year old at all and it could take bids worth around £60m to tempt the Hammers.

That’s according to a report from the Express, claiming that Liverpool have the Englishman on their radar.

The report states that the club had ‘lined up’ the 25-year-old former Hull City star.

This season Bowen has scored six times and registered a further 10 assists in 26 appearances across all competitions – earning a 7.05 Sofascore rating from 20 Premier League outings in the process.

Valued at £31.5million and under contract in East London until 2025 (Transfermarkt), signing the Englishman for a mooted £50million asking price would remain a shrewd deal.

Albeit relatively unproven at the top level until recently, Bowen has taken to life amongst the elite with ease and would appear to be improving all the time.

A hardworking, versatile operator with an abundance of quality attributes, it’s no surprise that Jurgen Klopp has already admitted a fondness for the ace.

With the German now confirming the squad needs its forward options ‘desperately’ in the wake of the FA Cup third-round clash, a surprise swoop for Bowen could still be on the January agenda. 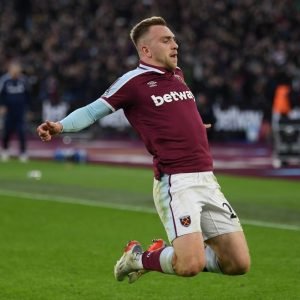 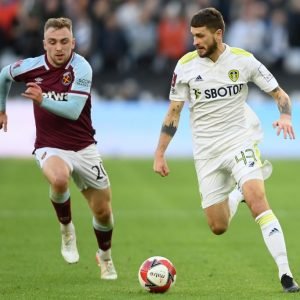