Liverpool have previously been heavily linked with a move for Brighton & Hove Albion midfielder Yves Bissouma.

Despite the interest seemingly waning and the Reds turning to the likes of Denis Zakaria and Franck Kessie, the 26-year-old Mali international won’t be far from the radar at Anfield.

Now also attracting interest from Aston Villa, Arsenal and mega-rich Newcastle United, Bissouma is one of the hottest properties in the Premier League.

According to a report from The Athletic, as cited by LFC Transfer Room on Twitter, Brighton have set their price tag.

🇲🇱 𝐍𝐄𝐖𝐒: #Brighton will listen to offers of £50million for Yves Bissouma this month. #AstonVilla are keen with #Liverpool also previously being linked to the midfielder.

The report claims that the South Coast club ‘will demand’ £50million for the 18-cap star whilst The Mirror states that Bissouma is still at ‘serious target’ for Liverpool.

This season the combative midfielder has earned an impressive 7.21 Sofascore rating from 14 league outings.

Valued at £22.5million and under contract at the American Express Community Stadium until 2023 (Transfermarkt), signing the Malian for the mooted asking price would represent value for money.

Whilst many of the reported midfield targets have top-quality ability, few have the 100 Premier League games of experience under their belt.

Possessing strong tackling, dribbling and ball interception attributes, it’s easy to see why Jurgen Klopp would be keen on signing a player who could be the long-term Gini Wijnaldum successor. 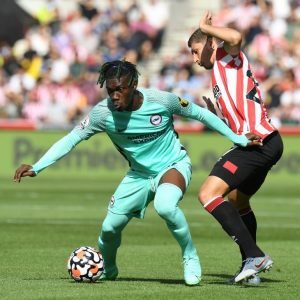 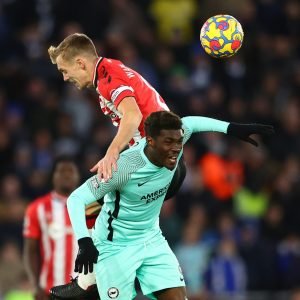