Liverpool are reportedly ‘watching the progress’ of Arsenal star Bukayo Saka ahead of the summer transfer window.

The 20-year-old forward has been linked to the Reds previously and it would appear the North London club are keen to secure their prize asset.

Already a leading light in Mikel Arteta’s side and for the senior England team, Saka has a huge future ahead at the top level.

According to a report from ESPN, as cited by Football Transfers on Twitter, Liverpool and Manchester City are remaining attentive to the starlet.

🚨 Liverpool and Manchester City are both watching the progress of 20-year-old Bukayo Saka 🏴󠁧󠁢󠁥󠁮󠁧󠁿 at Arsenal and could make a move if the Gunners fail to qualify for the Champions League. #LFC #MCFC #AFC

The report claims that the Reds will move for the 14-cap ace should Arsenal ‘fail to qualify’ for the UEFA Champions League.

So far this season Saka – once hailed as a ‘revelation’ by Ray Parlour – has scored seven times and provided four assists in 26 appearances across all competitions.

Valued at £58.8million and under contract until 2024 (Transfermarkt), it’s clear to see why Arsenal would be desperate to tie down their star man given the levels of interest.

Capable of operating in multiple positions, including on either wing, Saka is the ideal candidate to bolster Jurgen Klopp’s attacking options in the long term.

Still only 20 and possessing an array of impressive attributes, Liverpool should be making a statement bid this summer were the Gunners to fall short of the top four. 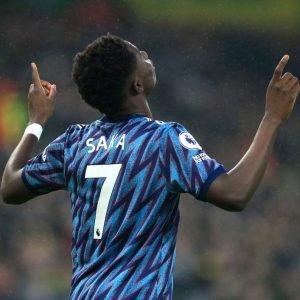 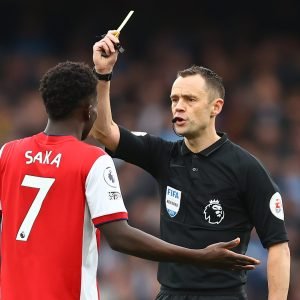