Liverpool are reportedly the ‘most advanced’ club in the pursuit of Bayern Munich striker Robert Lewandowski.

The Reds are believed to be the frontrunners for the 33-year-old superstar ahead of interest from Manchester City, Real Madrid and Atletico Madrid.

Despite being under contract until 2023 (Transfermarkt), it would appear that the Pole is nearing an exit from Bavaria.

According to a report from Fichajes, as cited by Liverpool FC News on Twitter, Liverpool could bring the Pole to Merseyside.

The report claims that 128-cap star has the ‘intention’ to leave Bayern and could complete Jurgen Klopp’s ‘dream squad’ at Anfield.

So far this term Lewandowski – hailed as ‘gifted’ by Klopp in 2018 – has scored an outstanding 45 goals and registered four assists in 37 appearances across all competitions.

Signing the £45million valued ace this summer for the mooted £70million fee would be an astonishing piece of business.

Albeit now on the wrong side of 30, Lewandowski is certainly showing no signs of slowing down in front of goal and would provide a serious attacking option alongside the likes of Roberto Firmino, Diogo Jota, Luis Diaz, Sadio Mane and Mohamed Salah.

Perhaps the most lethal finisher in Europe right now, adding the Pole to an already superb Liverpool squad would be a massive boost. 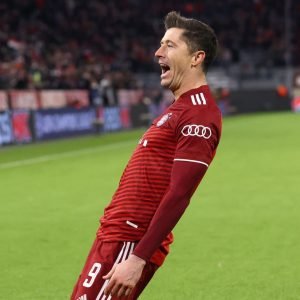 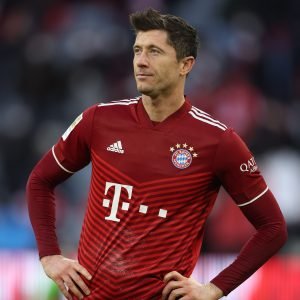