The 18-year-old has been a revelation in the Bundesliga since moving from Birmingham and has caught the eye of the Reds as a result.

Heavily linked with a move back to England, Bellingham is also reportedly wanted by Real Madrid.

That’s according to a report from Bild, as cited by LFC Transfer Room on Twitter.

👀❗️𝙐𝙋𝘿𝘼𝙏𝙀: #Liverpool want to sign Jude Bellingham (18) but consider that a move will be more likely in 2023. Dortmund will be looking to get well over €100M. Real Madrid want to take him to Spain but will also wait until 2023 to do so.

The report claims that the Anfield club would need to pay ‘well over’ €100million (£85million) for the 10-cap England starlet.

So far this season Bellingham – who has been described as ‘fearless’ by Trevor Sinclair this week – has scored six times and provided 13 assists in 37 appearances across all competitions.

Valued at £67.50million and under contract in Germany until 2025 (Transfermarkt), paying the mooted fee for the English teenager would still represent smart value for money.

Albeit an undoubtedly astronomical demand, Bellingham looks primed to play for the next decade and beyond at the very highest level.

Boasting a range of strong attributes in both attack and defence, the exciting midfielder would be the ideal candidate to replace Jordan Henderson in the long term. 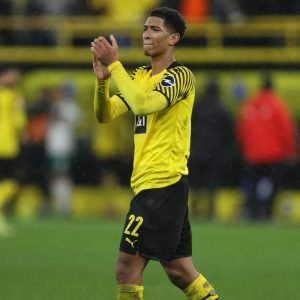 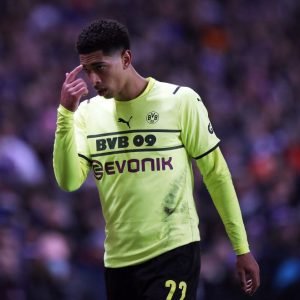