The 22-year-old ace has been on the radar at Anfield for some time now and the Reds could be set to target a summer move.

According to a report from Spanish outlet Fichajes, Liverpool are ‘genuinely interested’ in the French international.

The report claims that the Reds are ‘best placed’ to land the four-cap ace and could do so regardless of whether Salah extends a deal beyond 2023.

So far this season Diaby – who was described as being like ‘lightning with a run up’ – has scored 16 times and provided nine assists in 35 appearances across all competitions.

Valued at £49.50million and under contract in Germany until 2025 (Transfermarkt), signing the Frenchman for the mooted €60million (£50million) would represent smart value for money.

Albeit currently unproven in the Premier League and Champions League, Diaby has gone from strength to strength in a competitive Bundesliga.

Possessing blistering pace to accompany a host of outstanding stacking attributes, the Paris-born forward would likely have no issues adapting to Jurgen Klopp’s methods.

As for replacing Salah, Liverpool supporters will hope that comes a few seasons down the line and the starlet who is capable of playing on both wings can learn from the Egyptian King for a while yet.

Would Moussa Diaby Be A Good Signing? 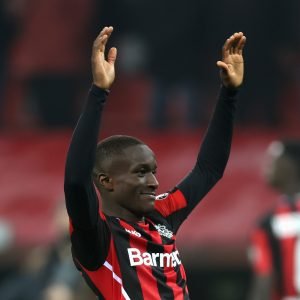 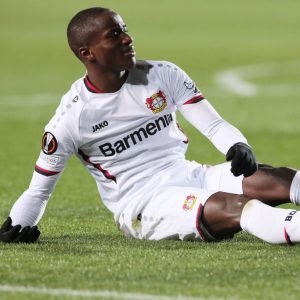