Liverpool have been heavily linked with a sensational move for Borussia Dortmund midfielder Jude Bellingham for some time.

The 18-year-old wonderkid has long since been outed as the possible next big signing for the Reds as Jurgen Klopp looks to build a team for the future whilst competing in the present.

Already a key player for both club and country, Bellingham certainly has the ability to play a leading role at the elite level for many years to come.

Reputable journalist Dominic King has suggested in an article for the Mail, as cited by Anfield Watch on Twitter, that the English teenager could be the ideal fit for Klopp’s squad.

🚨 NEW: One player who would definitely fit Liverpool’s project is Jude Bellingham but whether they have the money to do a deal for Borussia Dortmund’s £100million-rated 18-year-old is another question altogether. #awlive [@DominicKing_DM] pic.twitter.com/y5HOl9722e

This season the ex-Birmingham ace – described as ‘amazing’ by Erling Haaland – has scored six times and registered 12 assists in 34 appearances across all competitions.

Albeit a huge initial outlay – topping anything the club has previously reached – at just 18 the best is certainly yet to come from a player already performing on the biggest stages.

As Klopp begins to further manage the game time of Thiago, Jordan Henderson and James Milner, Liverpool will need a fresh face to bolster the midfield options.

Add the mercurial talent of Bellingham to the likes of Harvey Elliott, Curtis Jones, Tyler Morton and then the Reds’ engine room is in good stead for the best part of a decade at least. 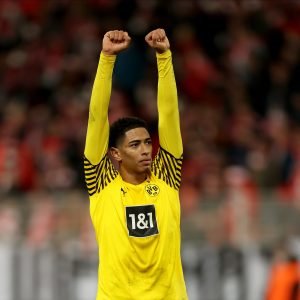 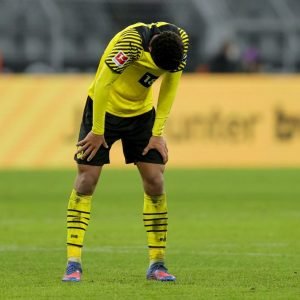