AC Milan are reportedly ‘close’ to agreeing on a deal to sign Liverpool striker Divock Origi in the summer.

The 26-year-old is set to become a free agent in the summer and seems destined to leave Anfield.

Having become a cult hero on Merseyside, Origi could be about to end an eight-year spell with the Reds.

According to a report from the Daily Mail, as cited by MailOnline Sport on Twitter, the Serie A club are nearing completion of a deal.

AC Milan close to agreeing contract with Divock Origi with striker set to leave Liverpool on a free transfer this summer https://t.co/Pg2CywbR9Z

The report claims that Milan are ‘leading negotiations’ to sign the 31-cap Belgium international ace.

So far this season Origi has scored five times and provided three assists in 14 appearances across all competitions.

Valued at £10.80million (Transfermarkt), allowing the Belgian to leave for free has to be regarded as an oversight by the Anfield club.

However, so often the man to produce in the biggest moments for Jurgen Klopp’s side, the value was likely in keeping Origi around for as long as possible.

Should the frontman leave as expected, Klopp will almost certainly delve into the market in order to strengthen the attacking ranks once again. 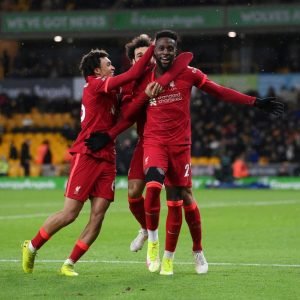 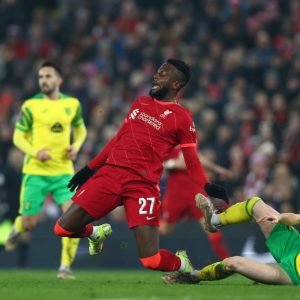