A clip of Erling Haaland describing Liverpool as “the best team in the world” has appeared online.

The Norwegian is arguably one of the most exciting players in the world, excelling for both RB Salzburg and Borussia Dortmund in recent years. The 20-year-old has scored 17 goals in 18 matches for Dortmund, as well as 6 in 7 appearances for Norway since his debut.

A clip taken from a documentary about Salzburg has been posted on Reddit, as cited by the Mirror, with Haaland and teammate Dominik Szoboszlai entering the Anfield turf before a Champions League clash with Liverpool last season.

The clip shows Haaland walk out and say, “the best team in the world. Very good fans, stadium, atmosphere, everything. So now it’s a dream coming true to be playing here”.

Haaland came on as a substitute in the game, scoring the equaliser to make it 3-3, only for the Reds to win 4-3. It appears as though the experience lived long in the memory, though.

Haaland is a special talent who looks destined to be a standout player of his generation, already dominating more experienced defenders despite his tender years. He is a strong contender for the European Golden Boy 2020 award, having been nominated on Thursday.

His aforementioned goalscoring record for Dortmund and Norway is testament to his brilliance, not to mention 29 goals in 27 matches for Salzburg. He is tall (6ft4in), strong, quick and a ruthless finisher, meaning the youngster has all the attributes required to succeed at the top as a striker.

I see him as an ideal long-term replacement for Roberto Firmino at Liverpool, once the sad day arrives that the Brazilian departs. The Reds need to replace their current front-three with young superstars and Haaland fits the bill.

That being said, despite him being a more free-flowing goalscorer than Firmino, he could have to tweak his game a little in order to meet Jurgen Klopp’s needs.

The Norway star only averages 0.3 tackles per game this season, whereas Firmino averages 1.3, highlighting his superior, more selfless off-the-ball work.

Haaland should mature as time passes, though, and a long-term stay at Anfield is a mouthwatering prospect.

Would Haaland be the perfect long-term replacement for Firmino? 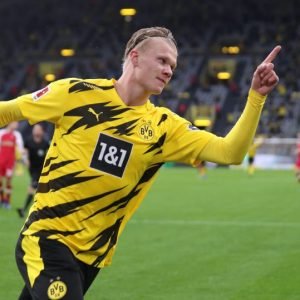 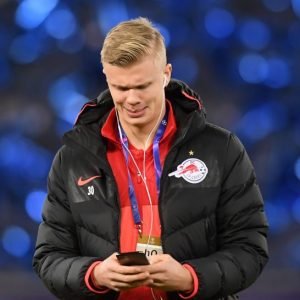