Liverpool will battle Manchester United, Chelsea and Bayern Munich for the signing of Dayot Upamecano this summer, according to the Guardian‘s Fabrizio Romano.

The 22-year-old is a wanted man after some dominant performances at the heart of RB Leipzig’s defence this season.

Liverpool have been tipped to make a January move for Upamecano, but Romano states that he won’t leave until the end of the season.

He looks certain to leave when his €42million release clause is triggered in the summer, however, and Liverpool are reportedly in the mix, along with United, Chelsea and others.

The Frenchman looks an ideal addition to the Reds’ back-line in the summer, with reinforcements clearly required.

At 22, he represents both the present and the future, while his average of 2.8 aerial duels won in the Champions League this season shows he is suited to the dominant player in the air Liverpool are thought to be looking at.

With Joel Matip too injury-prone to be trusted, and both Virgil van Dijk and Joe Gomez recovering from serious injuries, it is a paramount that a top-level centre-back is brought in ahead of 2021/22. 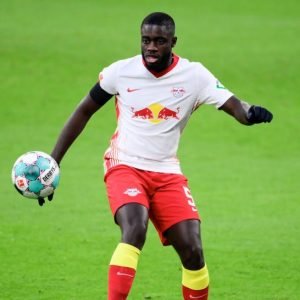 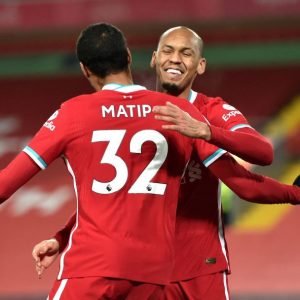