Liverpool are in a four-way race to sign to Kylian Mbappe this summer, according to Le Parisien [via Sport Witness].

The Frenchman was on sensational form for Paris Saint-Germain on Tuesday night, scoring a hat-trick away to Barcelona in their 4-1 win in the Champions League.

Mbappe has been constantly linked with a move to Liverpool throughout this season, with his contract at PSG running out in the summer of 2022.

It is now claimed that the Reds are joined by Real Madrid, Manchester City and Juventus in the battle to snap up the 22-year-old, with the report stating that all four ‘want to or can welcome him still.’

PSG won’t let Mbappe leave ‘for less than €200m’, however, showing what a vast sum Liverpool will have to pay for services.

Mbappe’s performance on Tuesday perfectly highlighted why he is one of the most exciting players of his generation.

Despite his tender years, the striker has already scored 111 goals in just 153 appearances, also registering 59 assists.

He is a devastating footballer capable of thriving out on the left or in central areas, causing mayhem with his electrifying pace, quick feet and ruthless finishing.

It still feels unlikely that Liverpool will be able to sign Mbappe – they would possibly have to let one of their current superstars leave in order to afford to him – but it is exciting to reportedly be in the conversation for someone who could be a superstar at Anfield.

Would you rather Liverpool signed Mbappe or Haaland this summer? 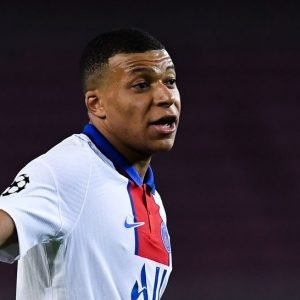 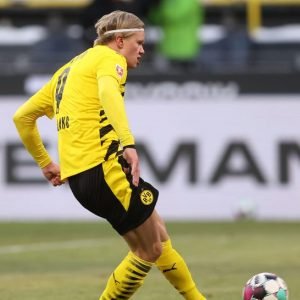