Divock Origi‘s Liverpool career could come to an end this summer according to James Pearce, who told the Red Agenda podcast that the Belgian could leave at the end of the season.

Origi has never truly broken into Jurgen Klopp‘s first team and Pearce believes that time could finally be up for the 25-year-old on Merseyside.

He said: “[There are] some huge decisions to make this summer. I think Origi will go and then you look at question marks obviously over [Xherdan] Shaqiri, over [Alex] Oxlade-Chamberlain.”

The Athletic‘s Liverpool reporter continued: “Getting a number nine in and replacing Origi with a much higher calibre striker, for me, is absolutely crucial as well.”

Origi signed for the Reds in 2014 from French club Lille and has since revelled on the big occasion, but his influence has been on the wane for some time.

One goal in 16 appearances across all competitions this season tells you all you need to know about where Liverpool are at with Origi right now.

Still valued at £14.4m by Transfermarkt, given his age, experience and contract status, the Reds could still demand a reasonable fee for the striker – one which could go towards funding Klopp’s targets.

Unfortunately for the Belgium international, who has become a cult hero on Merseyside, Diogo Jota’s impact on arrival has highlighted Origi’s failings, and the derby day hero might have left in January had the Portuguese winger been fit. 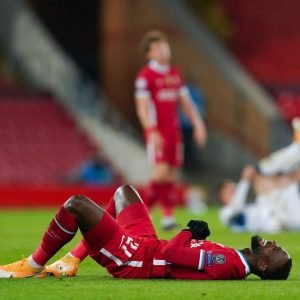 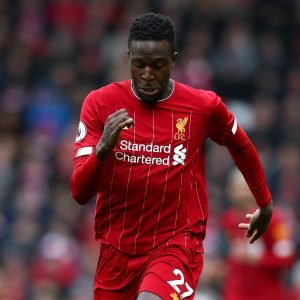