Liverpool scouts would appear to have enjoyed a busy Wednesday night on UEFA Champions League duty.

Following reports claiming that the Reds would have staff in situ at Old Trafford to watch summer target Arnaut Danjuma star for Villarreal, further members of the scouting team headed further afield.

According to reliable journalist Melissa Reddy on Twitter, Liverpool were one of many top clubs represented at the Estádio da Luz for the UEFA Champions League meeting between Benfica and Barcelona.

Later, Reddy speculated that those in attendance were being treated to ‘quite a show’ by likely focus of attention, Darwin Nunez.

The 22-year-old Uruguayan forward scored twice as the Portuguese giants inflicted a 3-0 defeat on a sorry Barcelona side.

Previously linked with a move to Anfield, Nunez was believed to be close to joining Brighton & Hove Albion during the summer.

Since then the four-times capped ace has made a strong start to the 2021/22 campaign, scoring six in seven appearances across all competitions.

Signing Nunez would be a major coup for the Reds.

Billed as a striker of ‘understated intelligence’, the Uruguay star is made in a similar mould to Roberto Firmino and could be the ideal long-term replacement for the Kop favourite.

Predominantly a central striker, Nunez occasionally operates from the left-hand side of an attacking trio for As Águias.

Valued at £18million and under contract in Portugal until 2025 (Transfermarkt), any deal would likely prove to be an expensive outlay, albeit a necessary one in order to suitably replace Firmino.

Whilst the Liverpool scouts were watching Nunez flourish, we can all hope they were casting a keen eye on Barcelona wonderkid Pedri at the same time.

Would Darwin Nunez Be A Worthwhile Signing? 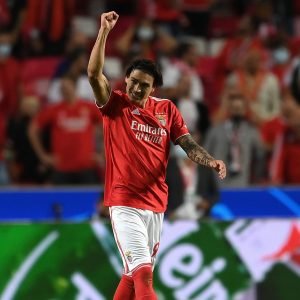 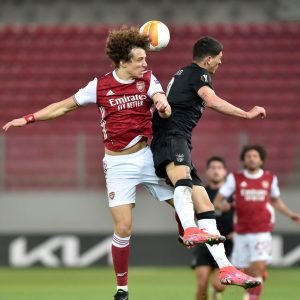