The 26-year-old Belgian remains on the periphery of matters at Anfield and has previously been of interest to numerous Premier League clubs.

Origi has developed into a cult hero on Merseyside since arriving from Lille in 2014 for a reported £10million fee (BBC).

According to a report from the Northern Echo, as cited on Twitter by NUFC360, new Newcastle manager Eddie Howe is keen on taking Origi to St James’ Park.

The report claims that the 31-cap ace is ‘regarded as a potential loan option’ in the North East as Howe attempts to steer the mega-rich club away from relegation.

Despite being a lesser-seen entity in the elite competitions, Origi has scored three times and added two assists in seven appearances this season.

Whilst it would appear a case of when not if the Belgian forward leaves Anfield, it seems highly unlikely Jurgen Klopp would sanction a January departure without an adequate replacement.

Albeit littered with memorable moments, Origi’s 38 goals in 164 appearances as a Red don’t reflect well on the Oostende-born man.

Still unable to hold down a place as a reliable understudy to the frontline, Diogo Jota instantly usurped the ex-Lille man and there are calls for further attacking reinforcements.

Valued at £10.8million and out of contract at the end of the season (Transfermarkt), selling would be a wise option so long as there is an incoming option lined up. 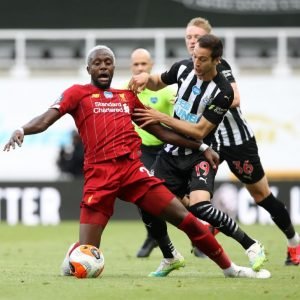 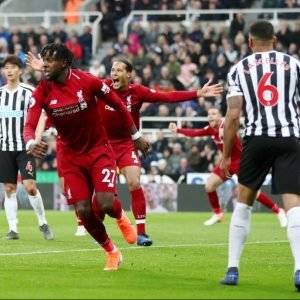