Liverpool have been heavily linked with Barcelona contract rebel Ousmane Dembele in recent months and could be about to be handed a golden ticket.

The Reds have long since been credited with an interest in the 24-year-old and it would now appear that the Frenchman is available for sale in the January transfer window.

Speaking about the winger’s future and ongoing contract saga, sporting director Mateu Alemany confirmed that the one time £135.5million man has turned down fresh terms.

Barcelona director Alemany announces: “It’s clear that Dembélé does NOT want to continue with Barcelona. He doesn’t want to be part of our project”.

“We told Dembélé he has to leave immediately. We expect Ousmane to be sold before Jan 31”. #Dembele pic.twitter.com/0eC61mozCs

Alemany declared that the 27-cap World Cup winner ‘does not want to continue with Barcelona’ beyond the end of this season – putting known admirer Jurgen Klopp on alert.

This season the forward once described as an ‘exceptional player’ by Dani Alves has scored once and provided two assists in 11 appearances across all competitions.

Valued at £27million (Transfermarkt), Liverpool must be attentive to the possibility of landing a supreme talent for a bargain fee.

Albeit a player seemingly cursed by injury since arriving at Camp Nou, if fitness allows there is certainly a top-level performer to be signed in this window as the Catalan club ‘expect’ a departure.

Capable of playing across the frontline and possessing extreme pace, Dembele would appear to be the ideal man to bolster Klopp’s attacking options.

In the absence of conflicting interests with Barcelona already eliminated from the UEFA Champions League, Liverpool simply must be leading contenders to get this deal over the line.

Whilst the club have been reticent to do business so far this month and the wages may be a stumbling block, opportunities to sign players of this ilk don’t come around often and this is a deal worth serious consideration. 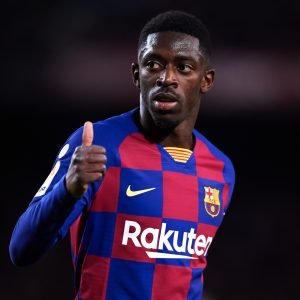 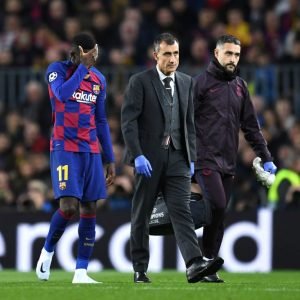