Liverpool may have been handed a boost in any possible pursuit of Arsenal forward Bukayo Saka.

The Reds, along with Premier League rivals Manchester City, have recently been linked with the 20-year-old ahead of the summer transfer window.

Citing a possible move should the North London club miss out on qualification for the Champions League, the talented attacker has offered a personal insight into his ambitions.

In an interview with Sky Sports, Saka admitted that performing amongst the elite on the continent would be a ‘dream’ come true.

I think the Champions League creates so many special nights and it’s a dream for me still to experience one of them and hopefully many more of them.

This comes as a separate report from the Daily Mail claims that there is a growing ‘concern’ at Arsenal surrounding the future of the 14-cap England starlet at the club.

This season Saka – described as a ‘revelation’ by Ray Parlour – has scored seven times and registered four assists in 26 appearances across all competitions.

Valued at £58.5million and under contract at the Emirates Stadium until 2024 (Transfermarkt), any move for the precocious talent would be a vastly expensive one.

So young and immensely versatile, Saka would be a superb addition to Jurgen Klopp’s squad and one the German would undoubtedly welcome with open arms.

Already a consistent performer at the Premier League level, should Arsenal indeed fail to reach the top four this term then Liverpool must act in the summer. 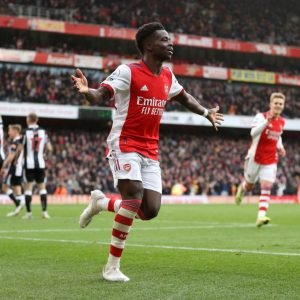 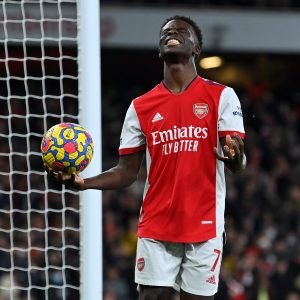