Liverpool are reportedly ‘ready’ to make a move for Lille striker Jonathan David in the summer.

The 22-year-old is believed to be on the radar at Anfield as Jurgen Klopp attempts to further strengthen the attacking department following the arrival of Luis Diaz.

There is firee competition from Premier League rivals Arsenal however as the Canadian youngster looks to take the next step in a promising career.

According to a report from Le10Sport, as cited by Arsenal page Gurjit on Twitter, both the Reds and the Gunners are extremely interested in David.

According to @le10sport, Lille forward Jonathan David is one of #Arsenal's priorities in the summer. https://t.co/b43eAHM3hq

The report claims that Paris Saint-Germain and Inter Milan are also keen but it’s the English clubs who are ‘best positioned’ to sign the 27-cap international sensation.

So far this season David – hailed as a ‘phenomenon’ by Hein Vanhaezebrouck – has scored 17 times in 36 appearances across all competitions.

Valued at £45million and under contract in France until 2025 (Transfermarkt), signing the ace who ‘dreams’ of a move to England would be an expensive venture.

However, with Brazilian frontman Roberto Firmino approaching the final 12 months of a deal and in need of replacing in the long-term, bringing David to Merseyside would be a superb move.

Capable of operating as a centre-forward, second striker and attacking midfielder, the Canadian has the wherewithal to operate in Klopp’s system and a move to Liverpool would be a viable one on what has been a rapid rise to prominence. 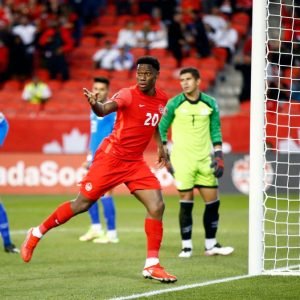 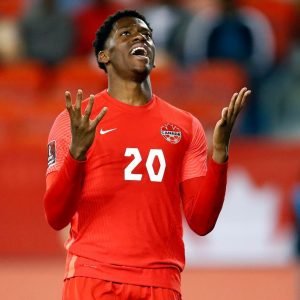