Van Dijk could miss the rest of the season after suffering an ACL injury in Saturday’s 2-2 draw away to Everton.

Given the Dutchman’s vast influence for the Reds, it could prove to be a season-defining moment in the title race.

That’s certainly the opinion of former Republic of Ireland striker Cascarino, who told talkSPORT that he thinks Liverpool’s hopes of back-to-back titles are over:

What is the loss? Just look at the stats, the stats are ridiculous. With Van Dijk in the team and with Van Dijk out of your team, it’s a completely different side.

You’ve lost a passer, a great header of the ball, you’ve lost a goalscorer – only Patrick van Aanholt has got more Premier League goals as a defender [11] since Van Dijk joined Liverpool [10].

Every part of his game is a huge loss for Liverpool, and to find a replacement is impossible because he’s the best defender in the world.

It’s a loss you can’t explain in five minutes, if you look at the numbers in every department, goals conceded, games won and lost with him in the team, it’s such a huge loss, he’s irreplaceable.

It’s a huge blow that I don’t think they’ll overcome. It’ll cost them the title. I can’t see them winning it now.

There is no denying the magnitude of Van Dijk’s absence, and that Liverpool are going to be significantly weakened without him in the side.

He has transformed the defence since arriving, winning the Champions League and Premier League, as well as being named PFA Player of the Year in 2018/19.

That being said, I think it is deeply disrespectful to this incredible Reds side to write them off because of the absence of one player.

This is still a Liverpool squad littered with world-class talent, whether it be Alisson, Trent Alexander-Arnold, Thiago, Mohamed Salah, Sadio Mane or Roberto Firmino, to name just a few.

Joe Gomez and Joel Matip would arguably get into most Premier League sides, too, while Fabinho has done a good job at centre-back, when required.

It may be that Manchester City are now favourites for the title, but claiming that Liverpool are out of it is a hyperbolic opinion, and one that Jurgen Klopp and his players should use as inspiration. 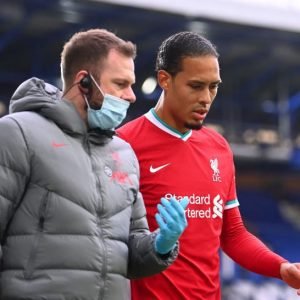 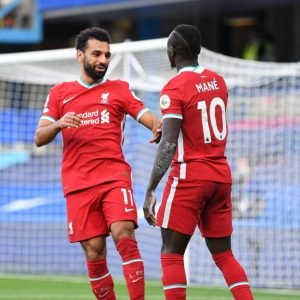