Truthfully, it’s hard to find a Premier League refereeing appointment which would be met by a mostly positive reaction from Liverpool fans this season.

Therefore, the appointment of Jon Moss for Sunday’s trip to West Ham, with Craig Pawson confirmed as the VAR official, was met with predictable angst among many Kopites.

Twitter: Jon Moss to take charge of Liverpool’s trip to West Ham on Sunday. Craig Pawson will be on VAR duty. (@ptgorst)

The champions head to east London desperate for a turnaround in recent form as Jurgen Klopp‘s side are in the midst of an unprecedented slump since the German’s arrival on Merseyside.

Given what’s gone before with the Reds’ history with Moss in particular, and by way of decisions this season – he was the man in the middle for the tempestuous Merseyside derby three months ago – Liverpool would be well served not to rely upon too much help from the officials on duty at the London Stadium. Indeed, one Kopite has labelled the 50-year-old as “shocking” due to his previous with the Merseysiders.

Alright then we start 2 goals down.

Twitter: @ptgorst Need to be putting 2 goals in the onion bag in every game from now on, or the team is exposing themselves… https://t.co/x6mi6wOoNV (@Pad__Lfc)

Officials are either shocking
Or really shocking (@Anonymous015661)

Twitter: @ptgorst We won’t be getting any var decisions anyway (@ConorMallon10)

Twitter: @ptgorst There are not many refs or var officials we would want (@HermieLFC)

Will Liverpool Earn A Penalty On Sunday? 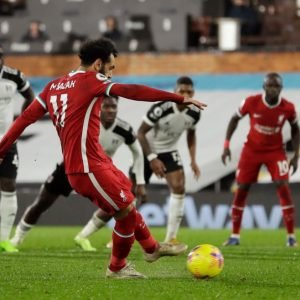 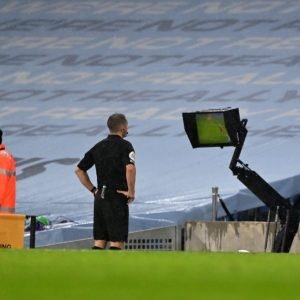