Liverpool defender Virgil van Dijk gave fans multiple reasons to be cheerful on Wednesday as the Dutchman followed up his national team announcement with a social media post.

Having allayed fears over a call-up to the Netherlands squad for this summers European Championships – instead opting to continue his rehabilitation on Merseyside – the Dutchman has been snapped getting back to training.

There had been concerns the 29-year-old would make a last-ditch fitness attempt to captain Holland in the rescheduled Euro 2020 tournament.

However, Van Dijk told the club’s official website returning for next season remains a priority.

Just hours later, the centre-back was continuing his recovery at the AXA Kirkby Training Centre, posting the pictures on his personal Twitter account.

Van Dijk described himself as ‘very gutted’ to be missing out on the opportunity to lead his nation out this summer.

But, having played just eight times before picking up a serious ACL injury in the Merseyside derby back in October, full fitness before June always seemed a long shot.

Liverpool manager Jurgen Klopp would have been delighted by the decision to keep his ‘Rolls Royce’ away from the Euros.

Having suffered badly with injuries to the defensive department as a whole this season, the German will be desperate to have Van Dijk, Joel Matip and Joe Gomez fit and firing for the start of the 2021/22 campaign.

Add to those the possibility of signing Ibrahima Konate, Ozan Kabak and the emergence of Nat Phillips, suddenly the defensive ranks look as strong as ever in recent years.

To further boost Kopite moods last night, Chelsea lost 1-0 to Arsenal to hand the Reds another chance in the top four race as they head to arch-rivals Manchester United tonight. 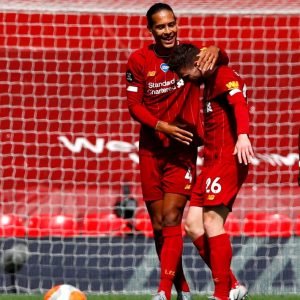 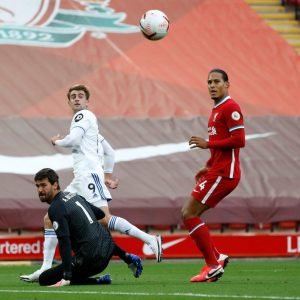