Liverpool winger Xherdan Shaqiri is believed to have reached an agreement with Lyon for a transfer during this window.

The 29-year-old confirmed a desire to leave Anfield earlier in the summer and the French Ligue 1 club have shown the strongest interest.

Despite seeking a departure and a willingness to sell from the Reds, the two clubs are still some way apart on their valuation of the Swiss ace.

According to a report from Sky Sports, Liverpool value Shaqiri at £12.7million, whilst Lyon were hoping to strike an agreement at around just £5million.

Reliable journalist Fabrizio Romano has offered an update on the situation on his Here We Go podcast this week, as cited by Romano Watch on Twitter.

and Lyon have been in negotiations but as of now there’s still no agreement. Shaqiri has an agreem… https://t.co/Y6qcUhE3Qc (@RomanoWatch)

Last season the 96-cap stalwart made 22 appearances across all competitions for Jurgen Klopp’s side.

Valued at £10.8million and under contract until 2022 at Anfield (Transfermarkt), this has to be the window Michael Edwards cashes in on the former Bayern Munich man.

Whilst the best intentions are clear for all to see as the Reds attempt to recoup close to their £13million expenditure, perhaps it could be time to take a loss on Shaqiri and others.

Left out of the squad to face Norwich City, along with Nat Phillips, both could be nearing moves away from Merseyside.

As the window enters the final two weeks, Kopites will want to see more in the way of outgoings and at least two new arrivals before the deadline passes. 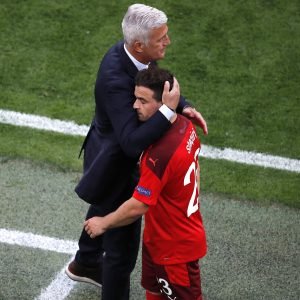 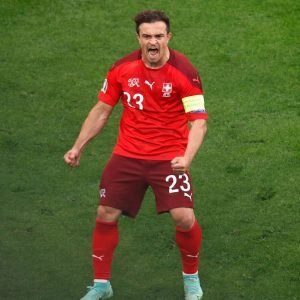