Liverpool target Franck Kessie is reportedly ‘prioritising’ a move to the Premier League next summer.

The 24-year-old midfielder is in the final 12 months of a contract at AC Milan and could be set to leave the Serie A club in the near future.

Amid interest from Manchester United, Chelsea, PSG and Bayern Munich the Reds continue to be linked with the Ivory Coast international.

According to a report from 90min, as cited by Graeme Bailey on Twitter, Kessie rejected Milan’s latest contract offer and is prioritising a move to England.

The report claims that all of the aforementioned Premier League trio as well as Arsenal are ‘keeping tabs’ on the situation surrounding the 48 times capped ace.

This season Kessie has made five appearances in all competitions – including a 6.50 rated UEFA Champions League display against Liverpool (Sofascore).

A midfielder in the mould of Gini Wijnaldum, links to an Anfield switch are of little surprise.

Having resisted the temptation to strengthen the midfield department during the summer, injuries to Thiago, Naby Keita and Harvey Elliott may force Jurgen Klopp’s hand.

With stalwart James Milner likely to move on at the end of the current season, Kessie would be the ideal immediate solution to fill that particular gap.

Valued at £49.5million (Transfermarkt), either a cut-price January deal or a free move in July would be a truly sensational piece of business. 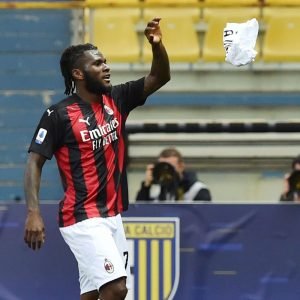 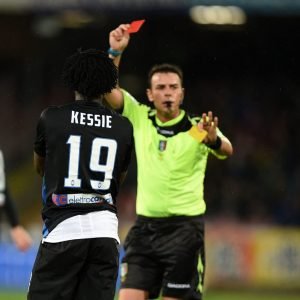