Liverpool have been extensively linked with a move for Red Bull Salzburg forward Karim Adeyemi in recent weeks.

The Reds are believed to be among a number of clubs pursuing the starlet following a superb start to the 2021/22 season.

German Bundesliga trio Bayern Munich, Borussia Dortmund and RB Leipzig are all said to be keen on the 19-year-old Munich-born ace.

Now, a fresh claim from Agento Secreto on Twitter has claimed that Liverpool ‘keep pushing to close’ the deal for the ace.

Recently capped by Germany at the senior level, Adeyemi has burst onto the scene in Austria over the last 18 months.

Following an impressive seven-goal and nine assist campaign in 2020/21 in the shadow of Patson Daka, the versatile forward has taken the mantle as the main man at Salzburg.

So far this term, the man described as ‘ice cold’ by Hansi Flick, has scored 11 times and provided two assists in 16 appearances.

Adding attacking options in January could be the difference between simply competing for and winning the major honours this season.

Although Jurgen Klopp’s side have made an unbeaten start to the new season, both Takumi Minamino and Divock Origi remain very much on the periphery at Anfield.

Bringing in a fresh new face with plenty of potential such as Adeyemi may just rejuvenate the frontline and allow Klopp more flexibility in decision making. 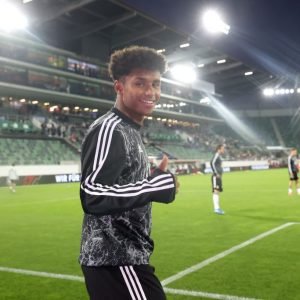 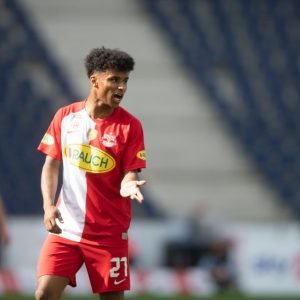