Former Liverpool defender Mark Lawrenson has tipped the Reds to pick up an all-important three points at Vicarage Road.

Jurgen Klopp’s side head to Watford as the only remaining unbeaten side in the Premier League – as they were in February 2020 when the Hornets blew away their Merseyside visitors.

Former Leicester City boss Claudio Ranieri will take charge of the hosts for the first time and will be hoping for a new manager bounce.

Writing in his BBC Sport prediction column, Lawrenson has backed the Reds to get the job done 2-0 despite the troubling omens.

This game is mainly going to be about whether Liverpool can break Watford down, anyhow. I think Ranieri will try to make them very difficult to beat, rather than thinking too much about how to start with a win. Ranieri has promised to take the Watford players out for dinner if they keep a clean sheet, rather than just buying them a pizza like he once said he’d do with Leicester, but I think he will get to keep his wallet in his pocket at the weekend.

Liverpool will be without Brazilian duo Alisson and Fabinho as well as midfielders Thiago and Curtis Jones for the trip to London.

Buoyed by the return of Trent Alexander-Arnold and Diogo Jota, however, Kopites can be confident of a strong performance from a side packed with quality.

Whilst the side won’t have revenge on their minds, there are certainly come demons to avenge following what was a chastening night 20 months ago.

Albeit thwart with danger, this is a fixture Liverpool will be hopeful of winning if their Premier League title aspirations are to prove realistic.

The last time the Reds came out on top over Watford it was a red hot Mohamed Salah who proved to be the difference between the two sides – could today see a repeat? 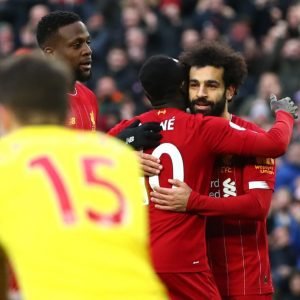 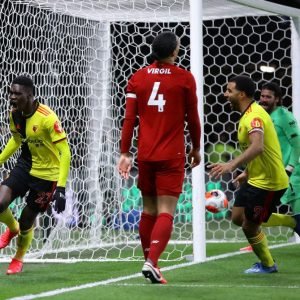 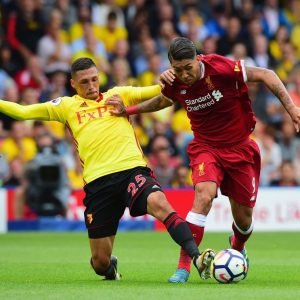